The Rolls of Monmouth Golf Club is located at the Hendre, Monmouthshire where it was once the childhood home of Rolls-Royce co-founder Charles Stewart Rolls.

Charles Stewart Rolls played an important role in Rolls’ family’s social ascent when taking the Duke and Duchess of York (later King George V and Queen Mary) on motor car excursions from the Hendre, probably the first time that the royal couple had been in a car.  This confirmed the family’s elevation to the upper echelons of society.

The Hendre remained in the Rolls (Harding-Rolls) until  30thAugust 1984, when it was sold to Effold Properties Limited.  The mansion is now the focal point of the Rolls of Monmouth Golf Course.

The Rolls of Monmouth boasts spectacular views of the Welsh countryside with various wildlife, from deer & stags to ducks & squirrels, often making an appearance around the 6,733 yard golf course.  This making it one of the most outstanding golf courses in the whole of the UK.

With parts of the course Grade II* or Grade II listed it is important that any work carried out be in keeping with the estates redbrick and Bath stone. NatraTex Colour Red was chosen as it will remain sympathetic to the estate with its red colouring.

Laid on the 15thhole of the course, the colour stands out from afar while looking as though it has been a part of the grounds since the Rolls inhabited the Hendre.

NatraTex Colour is made in the same way as its sister product NatraTex Cotswold but with extra coloured pigment added into the mix to give a brighter finish.

This particular coloured paving mix has been specified to be used for pedestrian as well as heavy vehicle access due to green cutting machinery driving over the material.

NatraTex is not a resin but a fully bonded coloured hard landscaping material. 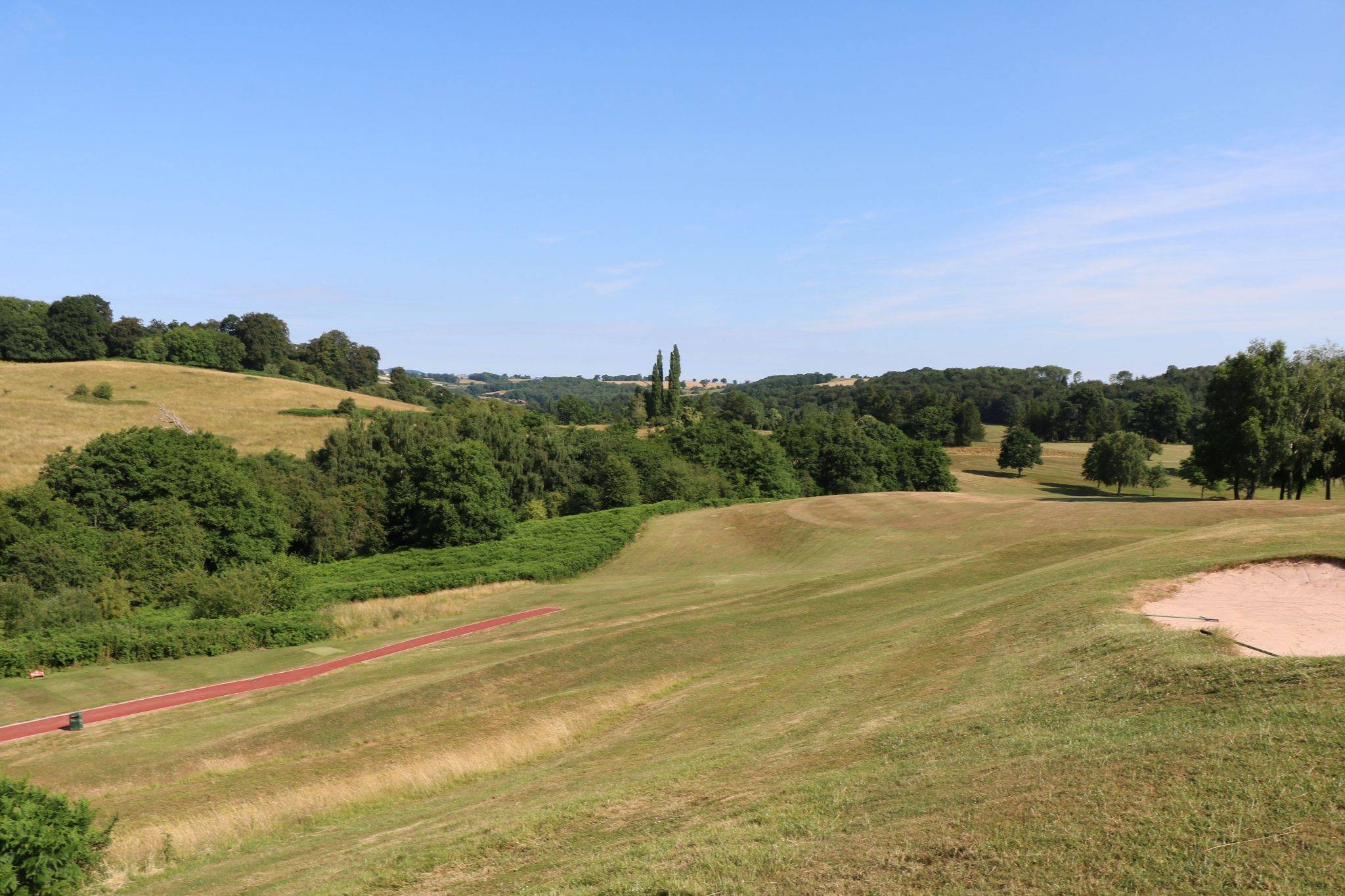 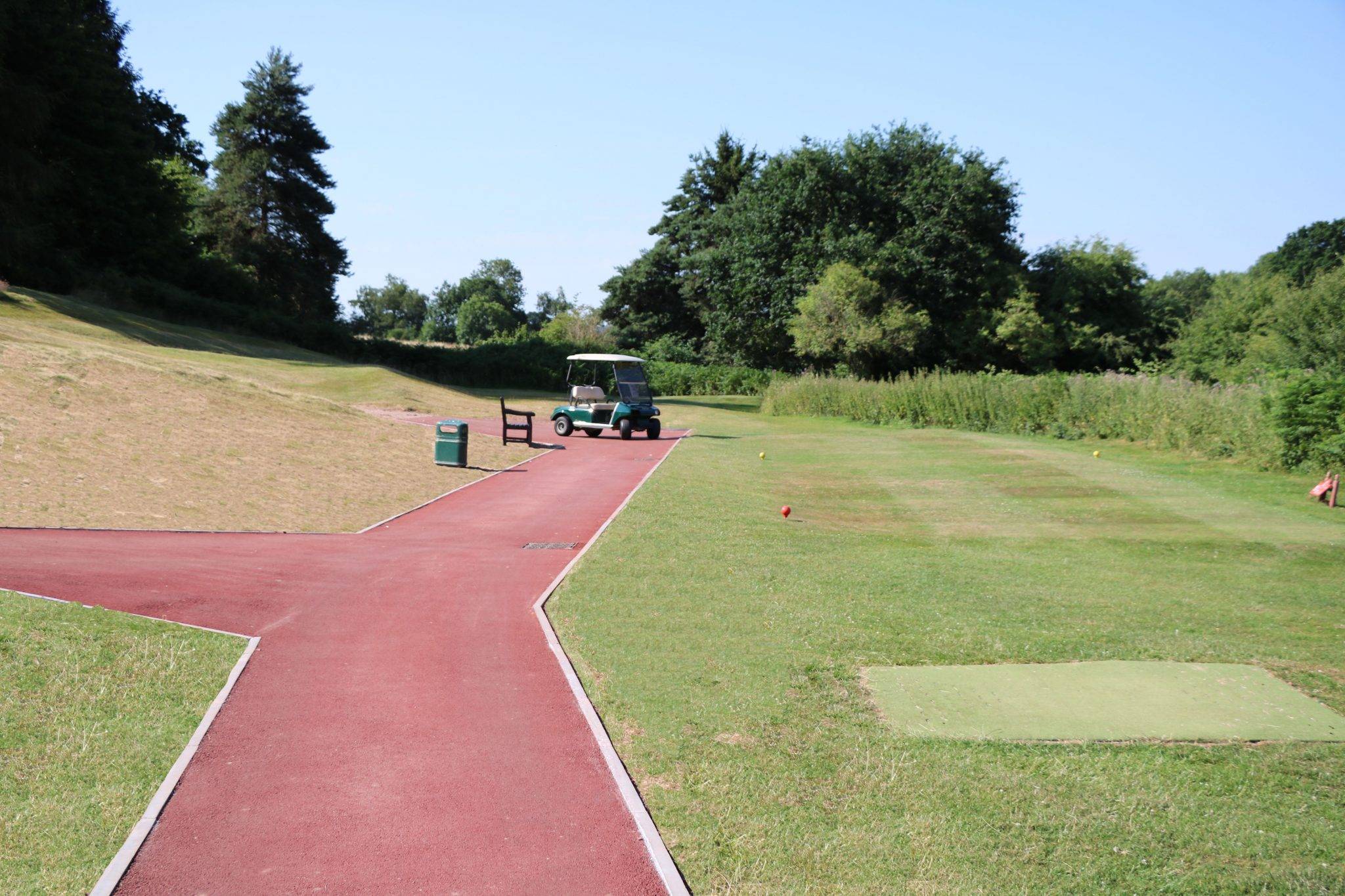 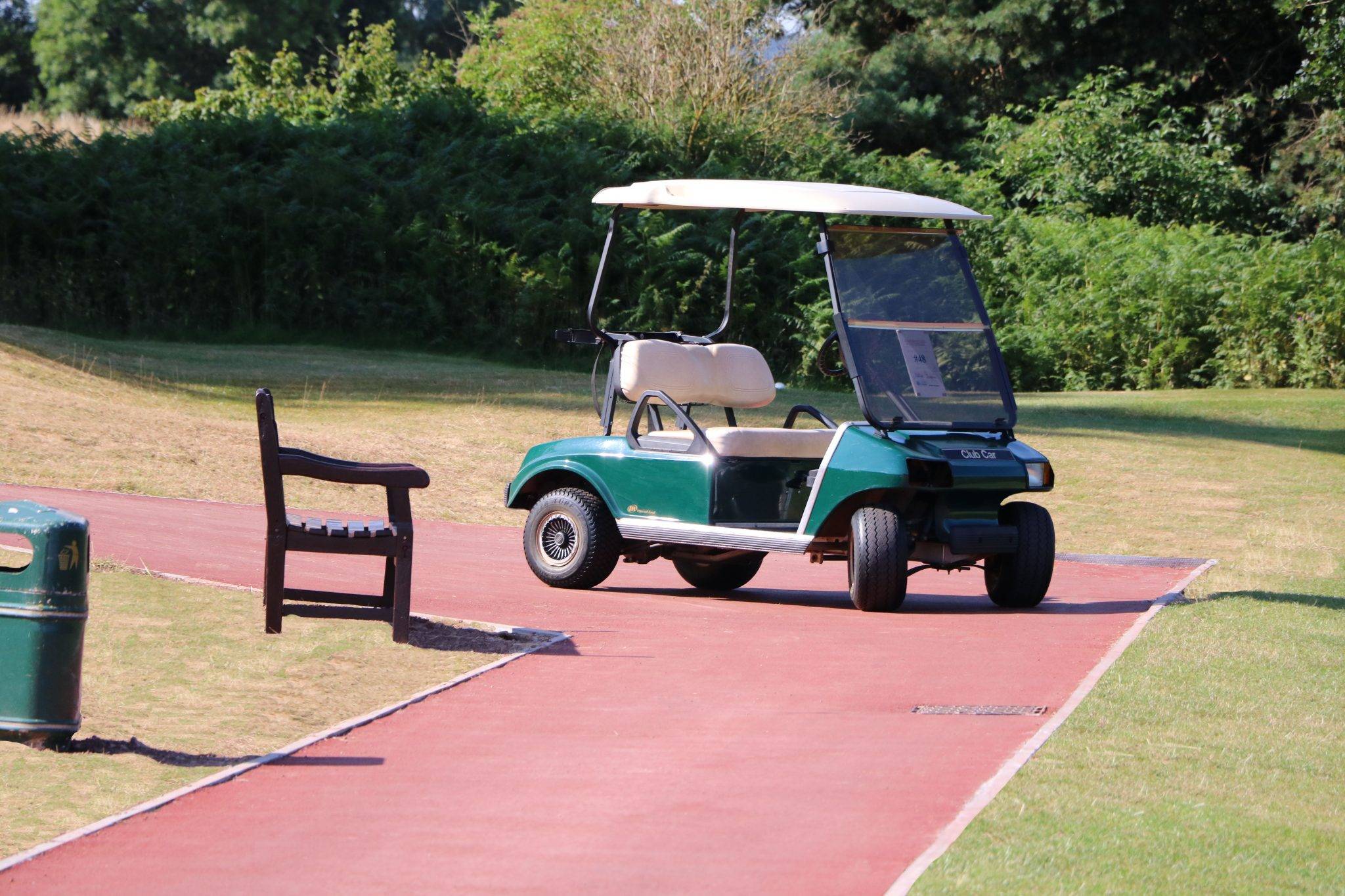 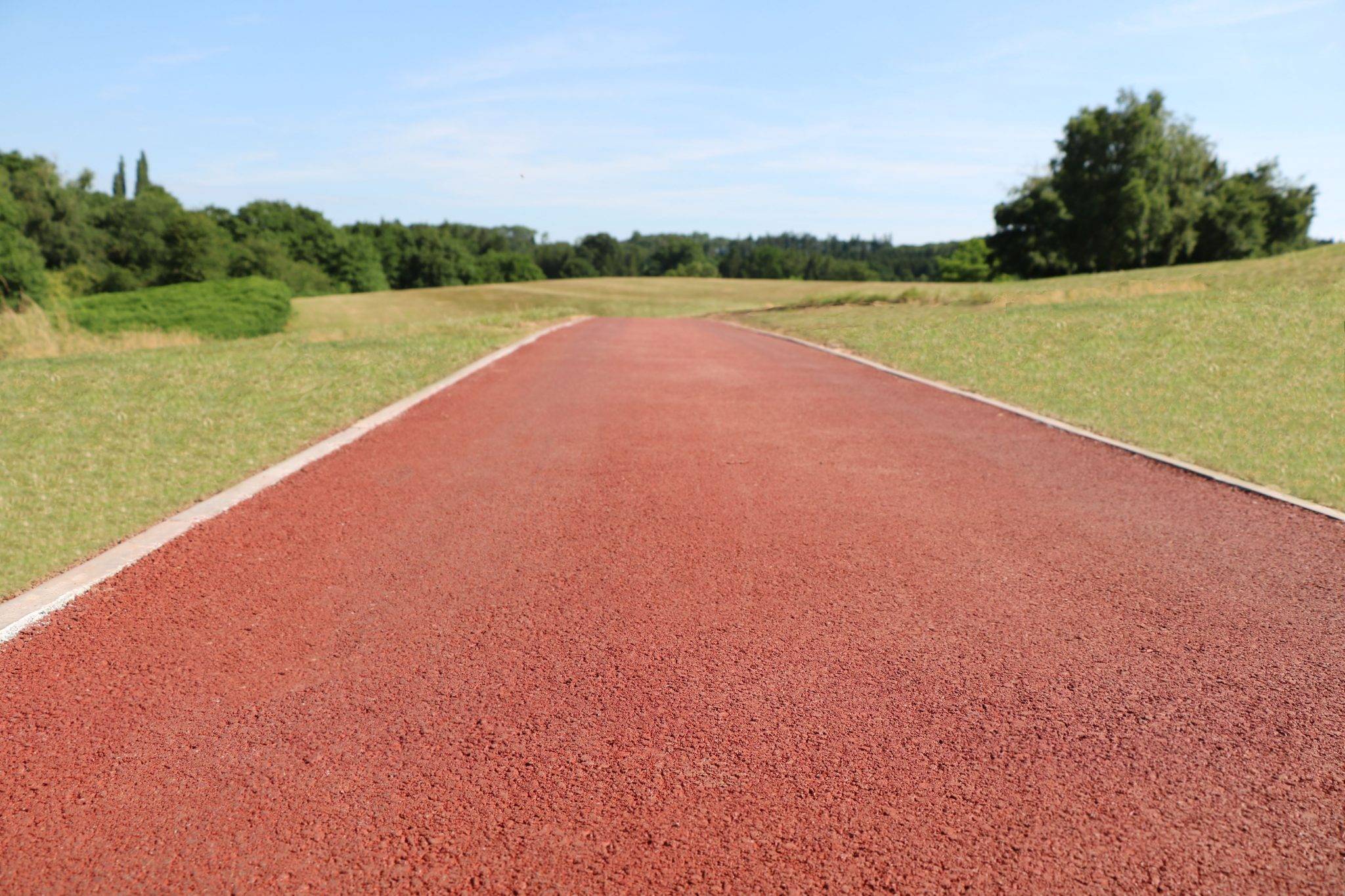 Feedback From Our Client 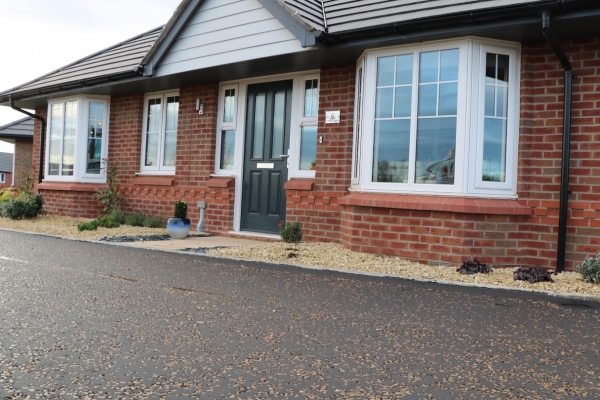 Learn about our recent work in Lydney and discover what we've done for the residents by reading our Lydney Case Study today. 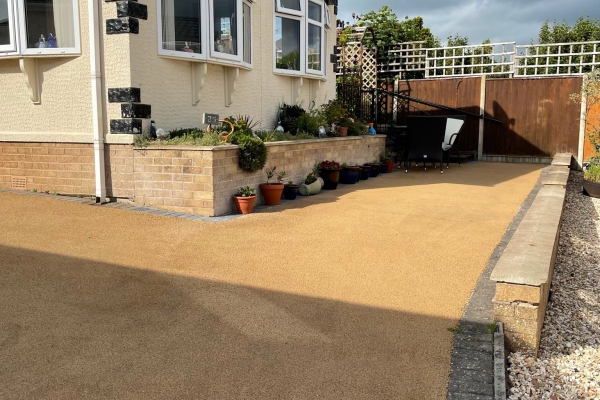 Discover our recent work laying our Cotswold surfacing product in Ross on Wye. 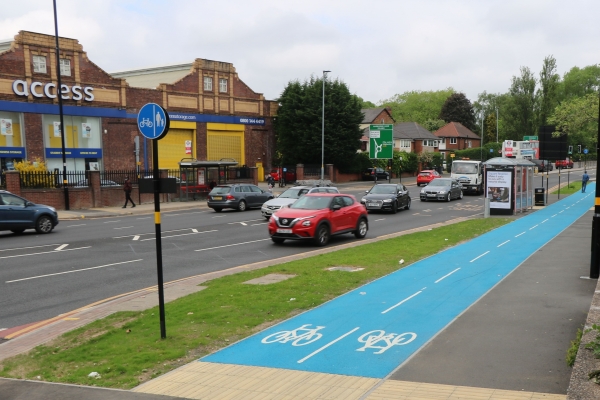 NatraTex is the perfect solution keeping those on 2 wheels safe with a smooth riding surface, segregated from traffic. 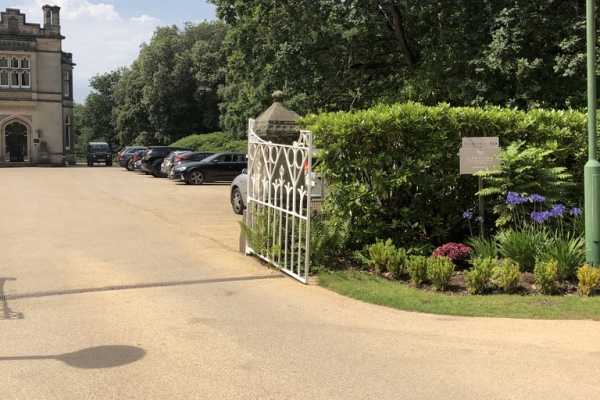 NatraTex Cotswold was the preferred choice for its cost-effectiveness, minimal maintenance and quick installation.