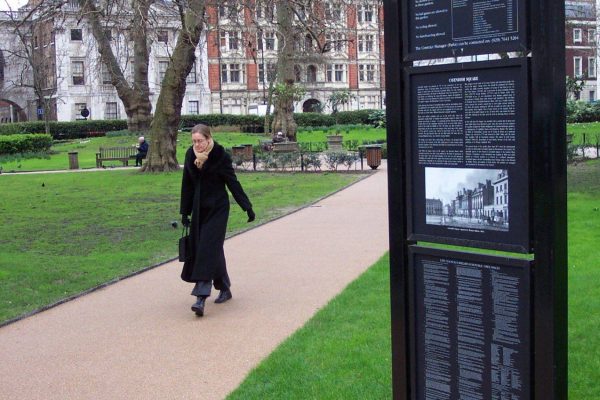 How do Park Footpaths Benefit the UK Population?

Park footpaths have been part of our lives for over 150 years. The urban park as we know it, and by association the park footpaths which navigate them, are a Victorian invention. Wealthy industrialist Joseph Strutt created the first park in 1840. He donated eleven acres of land and with horticulturist John Loudon, Derby Arboretum was created. The inspiration for numerous urban parks which followed throughout the era, we still use these green spaces as an escape from the bustle, dirt, and pollution of the city, much like our Victorian predecessors.

Fast forward to the 21st century and urban parks are more important than ever. According to The Parks Alliance, 8 out of 10 people with children under ten years old visit a park once a month. They estimate that 2.6 billion visits are made in total to parks each year. That’s a huge footfall on park footpaths!

With over half of the population using their local park they have a huge value to our society. They are a thoroughfare to and from work, a place to exercise, enjoy a picnic and get outdoors into the fresh air. They are an essential part of city infrastructure, promoting good health and well being in many urban dwellers. It is estimated that if everyone had access to green space the yearly health cost savings would be £2.1 billion.

Park footpaths come under a lot of strain from the volume of walkers, joggers and cyclists who use them each day. NatraTex is the solution to maintaining the hard landscaping of the routes around our urban green spaces. A very hard wearing and maintenance free coloured paving, it displays the colour of the gravel aggregate through a clear synthetic binder which seals the surface to prevent the ingress of water. The finished result is a beautifully smooth and level surface which is perfect for walking on, cycling, and for those who travel in wheelchairs and mobility scooters.

In the borough of Newcastle-under-Lyme, NatraTex Terracotta has been successfully applied to the park footpaths as part of the regeneration of Queens Gardens in the town centre.